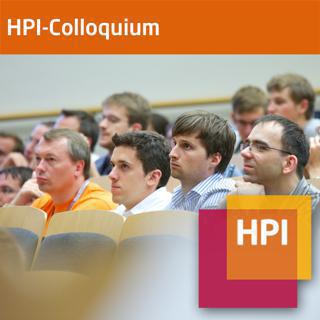 Colloquia with leading experts in their fields held at HPI.

Predecessor of this series: HPI-Colloquium (ST 2022) 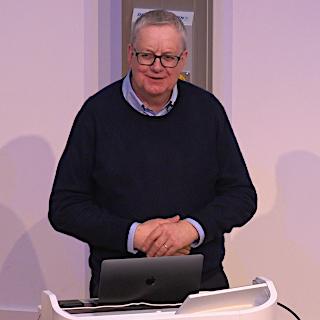 The EDSAC was the world’s first practical stored-program electronic digital computer built at Cambridge University between 1947 and 1949. In this talk, I will talk about the ongoing reconstruction of a fully working replica of EDSAC at the UK National Museum of Computing.
The original EDSAC computer operated for almost 10 years, starting from its first successful program run on 6th May 1949, at the Cambridge University Mathematical Laboratory. It was developed by a team led by Sir Maurice Wilkes FRS who pioneered the concept of a mathematical computing service based on an electronic stored-program digital computer. EDSAC provided four groups of Cambridge scientists the computational power needed to secure Nobel Prizes for breakthroughs in radio as- tronomy (Ryle, Hewish), understanding the structure of globular proteins (Kendrew, Perutz) and signalling in the nervous system (Eccles, Hodgkin, Huxley).

EDSAC was the subject of the first text book on modern computer science: The Preparation of Programs for an Electronic Digital Computer, Wilkes, Wheeler and Gill, Addison-Wesley, 1951. Constructing a replica of EDSAC has been a challenge in forensic engineering - very few circuit schematics for the original machine have survived and so the project team has had to redesign EDSAC working from historical photographs and documents.

The replica is now substantially complete and capable of running simple diagnostic test programs. Once fully commissioned it is intended that EDSAC will be operated regularly at the museum to show our visitors what it was like to use the one of the earliest electronic computers.
Colloquia
Reconstructing EDSAC